the opex vendor lock-in of fragmentation

“No one got fired for buying IBM” – that was the status-quo of vendor lock-in two decades ago. It was so much entangled into the IT culture that people wouldn’t change anything, except to renew whatever they had every couple of years.

Then along came the opensource movement, linux, distributed systems, virtualization, web architectures and the status-quo moved into a semi-vendor lock-in; where people had the chance to move, but it was too hard to do that, despite everyones effort into service buses, api’s, pub-sub and some modern technologies.

Still, at some recent clients I find the later situation; people can’t change because they’re tight to contracts and technologies, where they acquired a lot of internal knowledge to now change it.

So a couple of days ago I had a interesting talk about changing the tradicional CAPEX IT to a more OPEX IT and what it could that mean to how we manage budgets and allocate them. If you work in any public sector you know that if you move from CAPEX to OPEX you will lose budget and leverage to finance projects, because budgets are calculated with CAPEX and OPEX is (was) just for people and licenses.

But that’s the big move for the past 5 years; companies are shifting from huge anual investments to a run by on-demand basis. That’s obviously an issue for everyone – and we’ll come to that in an another post – who manages budgets and want’s to have a tight control on spending. 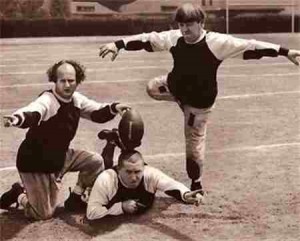 We’ve also been told that Cloud is for on-demand (I know that you can reserve stuff – that’s partial the answer for CAPEX) but what we haven’t noticed so far is that there’s a complete fragmentation of computing resources into small units or capabilities that everyone can use. It’s not just getting CPU/RAM/HDD/Network, is getting several ‘services’ to do something we used to do in a bulky-mammoth server. We have automated and streamed a lot, we use services that give us the capability to achieve something and we don’t care about the computing resources beneath it. We just pay that on a credit card or monthly invoice.

The most interesting thing is that history told us that vendor lock-in is needed for companies to make profit and keep their clients.

So we’re in a state that “no one will get fired for buying cloud computing” and at the cost of getting ourselves into the provider lock-in again. Why would we change or consider alternatives, if we have the capabilities we need, as a service and pay what we want, when we need ? Right ? ….

Everyone that provide cloud computing capabilities, have boiled down everything to a service, something you can use to achieve your stuff faster and cheaper, where you invest time and knowledge into understand how to do what you need, to automate and scale it. These cloud capabilities are so fragmented now that we have literarily everything as a service, from resources, search, data, real time analysis, automation, monitoring and even api’s.  It’s like Lego vs Playmobil; you need to pick one.

So todays modern vendor lock-in is the fragmentation of services we use and how we keep paying for them.  That’s why everyone should think of having a multi-cloud orchestrator and manager to keep things open and using services that can be inter-changeable.

how microsoft changed
alexa, your next radio
15 years of a State of Trance