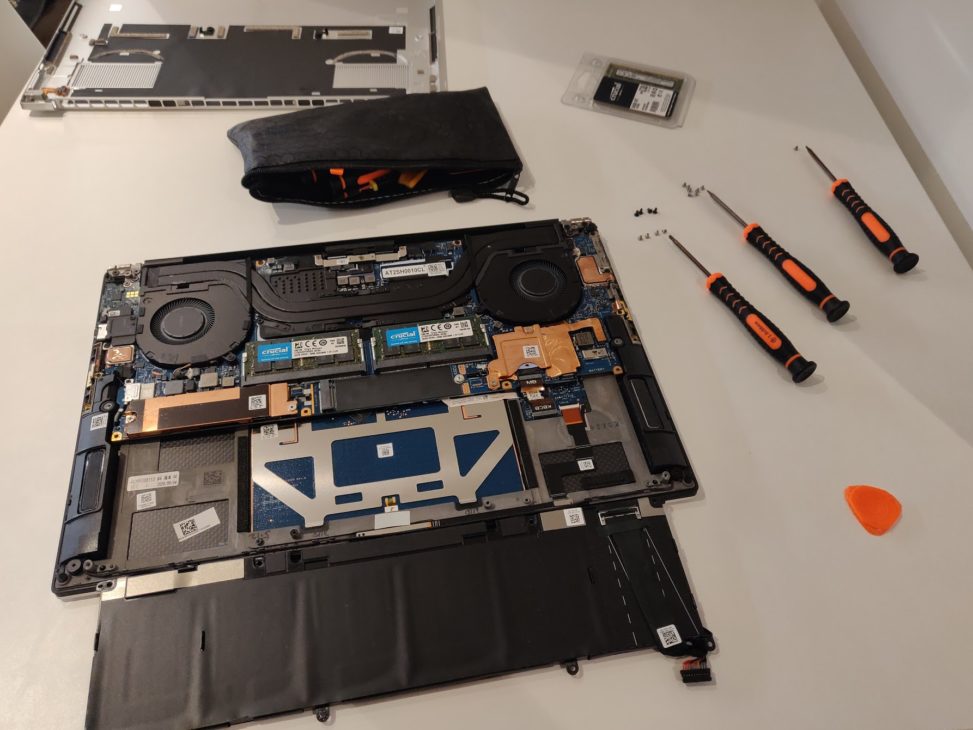 For those following me here on the blog, might have noticed that I’ve been complaining about Dell lately. First of modern standby, then about the WiFi from KillerNetworking (now an Intel company).

But this is the final take on the Dell XPS 15″ (9500 model), that I recently got.
First I thought that Dell might have learned something from its previous 15″ incarnations, but no.

On paper it is a very good machine. Indeed one of the best. But only on paper! Because some early models came with a wobbly trackpad (like mine) that had to be replaced by Dell. Meaning that the trackpad would’ve felt like you pressed twice, but only registered as a touch and not click.

There are some fixes around, but my best advice is to stick some electrical tape here (yes you need to open it, remove the battery) and it’s sorted. This happens because there’s a gap between the trackpad and the chassis that holds it.

Then the second issue is with the Wifi/Bluetooth that overheats as crazy. I mean, hell crazy! Despite having a heatsink (is it?) and some thermal paste, the heat unfortunately goes to the keyboard and not to the bottom. This means that 90% of the time, the left palm rest goes from hot to not touch, as soon you start doing some serious work. Also check my post about the Killer WiFi, which you need to disable the software that Windows installs.

For me this is a major flaw in the design, as it draws the keyboard and typing experience with the laptop unbearable and unusable. To a point that I had to use external keyboards whilst editing on Premiere or live streaming with OBS, because the laptop was so hot on the keyboard and left palm rest.

Also, this stops the laptop going to sleep some of the times, meaning that you put it on your backpack for, probably a back heater, and when you remove it, you need to lay it to rest before you use it again. Or when you close the lid and it doesn’t go to sleep and when you open it, you have to force restart because the LCD doesn’t turn on.

Then finally lest move to the keyboard, which when it’s not hot from the previous overheating issues and poor design, it’s a pleasant experience to type, up until you need to use the delete key, which is offset to the left and on its place is the power button. That doesn’t make any sense… at all.

Back to the specs, I’ve installed 64GB ram and it works quite well (it’s a snappy machine), but all the previous issues made me ask for refund and return it. So as the final take and in my opinion; don’t buy it. And that comes from a long time Dell user.

Also, for those that might be looking for this machine to do massive work and editing (because of the Nvidia GPU), just think that it produces a lot of heat, the power brick is 130w USBC and it consumes a lot of watts to just give you a normal experience.

#Alexa - After finding your own voice, just remove the echo
the credit card killed the banks
adaptive contrast on Surface tablets or laptops