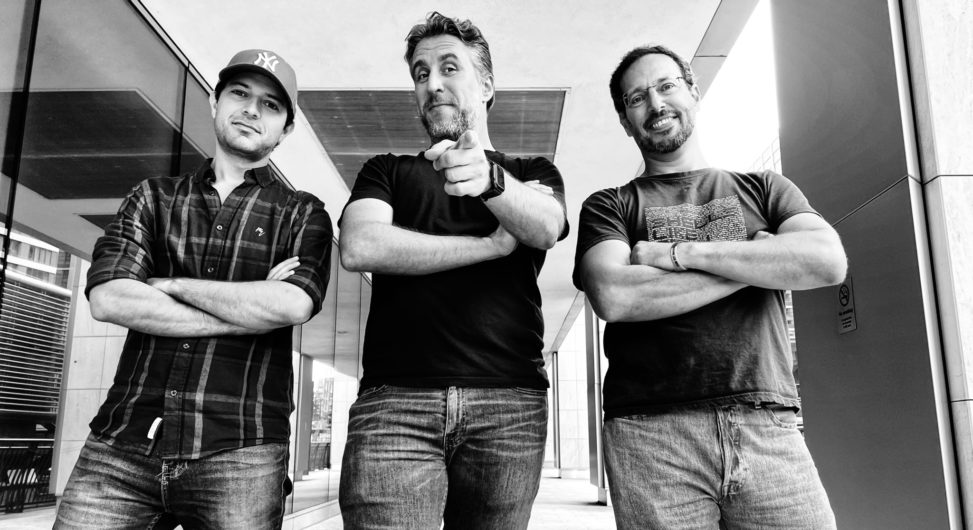 There are some things in life that this pandemic changed, for sure and in a way that we’re still to understand.

Tech Talks London is a show that Marco Silva, Basilio Vieira and I do for over 4 years now. We started doing it to show the tech world around London, since we all live here and mostly focused on the the tech events, as we would go to those events to ‘show and tell’ what we saw, what was the buzz about and how could we match that in Portugal.

We then started talking about news and the tech world in general, reviewing what happened during that week or month and providing our honest and sincere thoughts about it, but also advice and experience. We had run the show for 3 years like that, having around 13 episodes per year.

But when the pandemic started we decided to have live and online episodes. Since we were all home by now, it was a way to keep in touch and talk to each other, expand those comments and thoughts about tech into a live online session where people could comment and participate with us. Obviously we faced technical issues, as none of us had done live streams before. We weren’t gammers or youtubers 🙂 and that meant learning a lot about OBS, so that we could do live streams, how to get guests in (using NDI), how to show live comments and so on.

We started then having regular weekly episodes (3x per week), where we would talk about tech news and interact with people watching us live on the stream. Soon we started inviting people to have that conversation with us. People that were our friends and we could have a 30m conversation with them about technology and what they’ve been doing recently. Funny enough, those 30m only lasted for a few episodes, as we soon realised that we needed and could use more time to talk with them. Get their views, opinions and catching up with life, as some of those friends we haven’t talked in years. Some were even on the other side of the world, different timezones and languages.

All those guests and friends brought their own interesting views and insights to the show. To all of them that we invited, my special and heartfelt thank you. Without you, Tech Talks London Season 4 would never be the same.

So, we’ve reached episode 150. Which meant that for the first time in 1 year and half we would be together, doing the same show we did before the pandemic. The same format, the same friends, the same interaction. And it felt wonderful.

With that, we close the Season 4. The last episode will be posted Wednesday 25 August. This season was the best one ever and we’ll be seeing you around.