ARM as the new Spectrum

Back in the 80’s, we had this (actually, I had one of these made in Portugal): 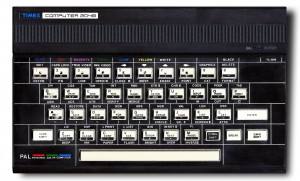 This was a Timex 2048, which was a “clone” of ZX Spectrum. And for those who were born with the internet, the Spectrum was a 8 bit personal home computer invented by Sinclair, an UK Company. It lasted for one decade and was the joy of kids back then and the proud of the British Crown.

Fast forward three decades, we can see some similarities with ARM (which funny enough is here since 85). Ref: one, two, three, four

The only difference from the 80’s Sinclair, which fuelled an entire generation is that ARM is actually positioning themselves as the power of everything: ARM buys Dutch ‘Internet of Things’ software firm Offspark

Now, what history showed us was that Mountain View can produce even better and cheaper tech than the old UK, so maybe, ARM can be the new Sinclair but with a longer lifespan.