the strange case of Foocall

FooCall is one of those strange cases of an application with lots of potential, yet unleashed.

They recently upgraded their iphone app 3 months ago and yesterday the android version. It looks really good and ‘stable’. They really needed to push the android version fast, since their last version really sucked and most of the times was a cpu hog. 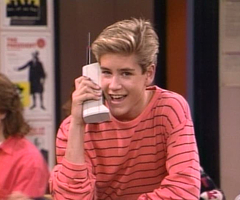 Why is it then a strange case, for such an app that only does international phone calls ? Well, first because it works, it’s cheap, it already has your phone address book, but strangely it didn’t released any chat features, as lets say, Whatsapp is. Usually most apps start with text and messaging as a feature, because it’s easy to do and scale, then expanding to voice. Now Foocall does voice perfectly well, but never started doing messaging and if it did, I’m guessing that it could easily take Whatsapp or Telegram on this. Setting up and entire voice infrastructure is way more complicated than scaling a message queueing system.

The other thing that really surprises me is that even their website is so 90’s. Now imagine it on a hipster version, doing messaging and media sharing.

what happened to linux on desktop ?
the credit card killed the banks
dumb pipe, smart pipe